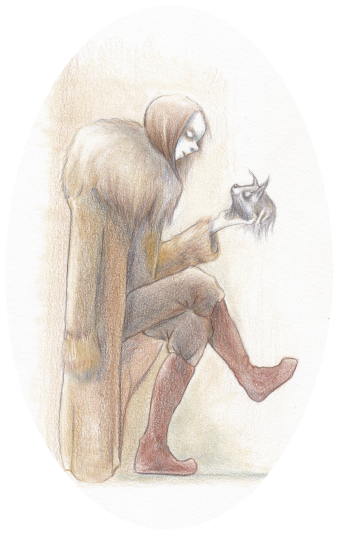 When Fileas was young he was often alone; other children thought him odd. They thought he had odd hair, and odd clothes, and his bike was not fashionable.

Fileas always believed he had interesting hair, and interesting clothes, and he thought his bike was awesome! It had been his grandfather’s bike!

When he met those kids who laughed at him he became worried.  Why did he not fit in? His Grandfather said “Why do you have to?”

He mulled a while over this for a while and found that he agreed.

When he met Nicholas and Janiss he knew they were true friends.  They didn’t really concern themselves with Fileas’ odd clothes – in fact, they didn’t think his stuff was odd at all. They thought his big coat was awesome! In winter they pretended it was a savage monster to slay! In summer it made a wonderful picnic blanket and they fought over the fluffy collar so they could use it as a pillow. They loved his waistcoat and his pocket watch. They adored his grandfather’s bike as all of them could fit on it! They made him feel like he belonged.

He was kind of peculiar but his friends didn’t think about that sort of stuff at all. They only really got annoyed if he won too many times at marbles!

A monthly Twitter challenge – Animaloon Collective – the perfect place for Fileas to come out to play! 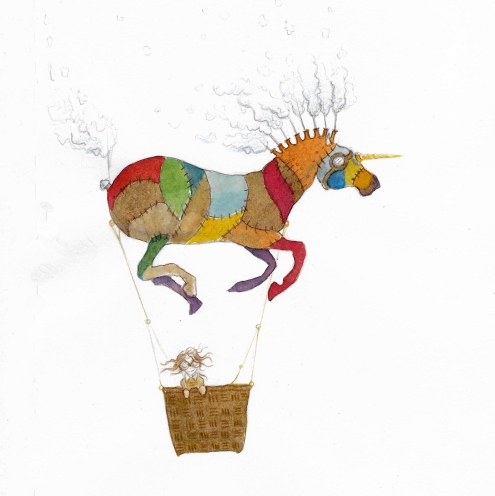 The earlier drawings for the Animaloon Collective 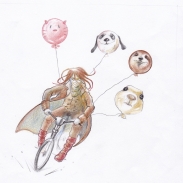 Funral Pyrate and his balloons

~Its all about inflation~

Fileas is an Other Worldly creature who has promised to take me on a journey of creative discovery in airships, sea ships, supermarket aisles, bus stop queues and other extreme adventures.

His best friends are Janice and Nicholas. They are always losing things.

Funeral Pyrate – original sketch – he’s changed a bit since then! 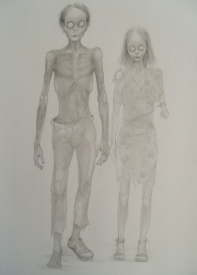 Nicholas and Janice – Work in progress 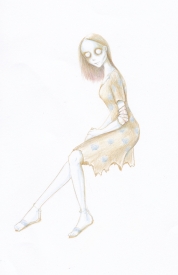 Janice – we found her missing arm 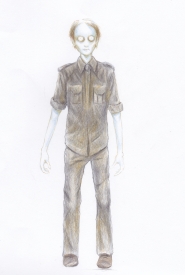 Nicholas – he found his favourite clothes.

Funeral Pyrate – contemplating the many aspects of goth 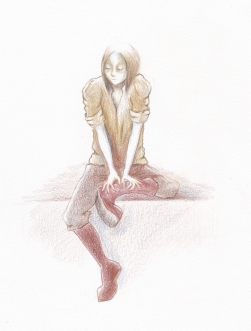 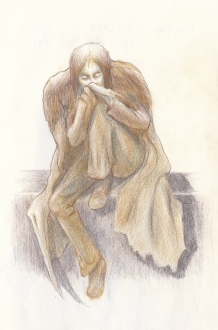 He has a pet called Bartholomew Grim 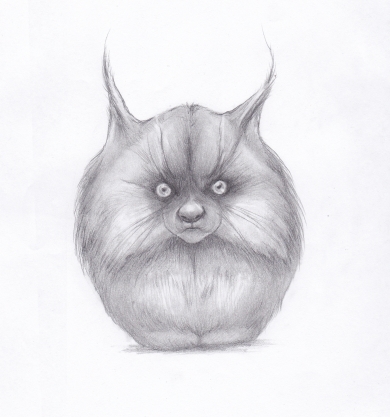 Bartholomew Grim can tuck himself up into a ball of quiet cuteness.

Bartholomew Grim is bigger than he seems – when he becomes agitated he gets a bit rowdy.

It is kind of quiet. Until you annoy it.

Anatomy for Fantasy Artists – An essential guide to creating action figures and fantastical forms, Fabry, G., and Cormack, B., David and Charles Publishers, 2006.